WHERE MY SCALES SLITHER

What does "het" mean? 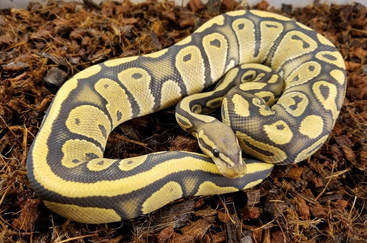 Hypo 66% het genetic stripe
Long associated with recessive genes, “het” has been used almost exclusively to describe an animal with a hidden recessive gene. The term, however, is not only reserved for recessive genes, but also takes place within incomplete dominant and dominant traits.

“Het” simply stands for heterozygous, which means there is one copy of an allele on a locus.

A locus is the place on the chromosome the gene appears. Each locus has room for exactly 2 alleles. Alleles are what the ball python community commonly refers to as a gene or morph. with recessive genes, you need two alleles that fit on the same locus to produce a visual animal. Pied, for example, appears normal with one pied allele on the locus (also known as “het”) and entirely different with two alleles on the locus (also known as homozygous). Incomplete dominant genes also appear in het and homozygous form. A single gene, visual Mojave fills up exactly one spot on the locus, making it a het. Two Mojave alleles on the locus (aka homozygous) creates a super Mojave- an all-white snake. Hypothetically, a homozygous (two alleles on the locus) dominant gene would not look different from a heterozygous (one allele on the locus), but would always produce offspring that had one copy for the gene. For example, if a super/homozygous pinstripe were produced
it would look exactly like a single gene, heterozygous pinstripe. With the way genetics work, the pinstripe parent can pass down either of the alleles to its offspring, and since both spots on the locus are pinstripe alleles, all offspring would receive one pinstripe allele. (Note:
This has yet to be confirmed in ball pythons)

Even though this correct in the genetic terms, ball pythons are simply not referenced in this way. However, keep in mind, het is not a term that only applies to recessive genes.