WHERE MY SCALES SLITHER

As shown in the following picture, ambient temperature creates the temperature atmosphere. Ball pythons should be allowed a gradient from warm: 85 degrees (F), represented by the red, to cool: no lower than 75 degrees (F) but, ideally, 78-80 degrees (F), represented by the blue. This will allow the snake to regulate its temperature by its own choice, instead of being forced into one homogenous temperature. When a temperature gradient is provided for a ball python, they will readily use the cool and warm sides. This is beneficial because it allows them to move more, fulfilling enrichment and health needs. 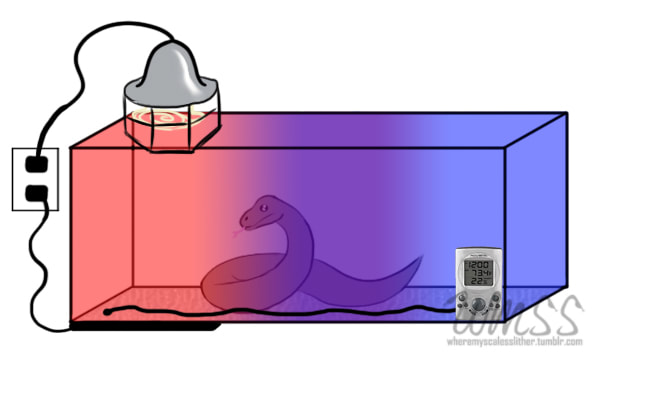 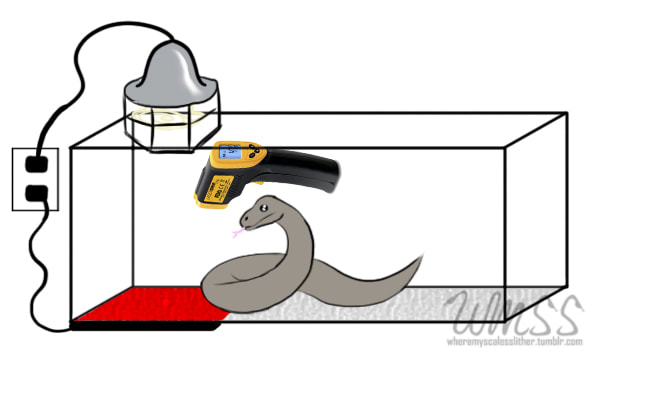 Hopefully, the distinctions between temperature types are easy to understand now so you will be better prepared to set up an accurate habitat for your animal! Remember: ambient temperature is the air temperature whereas surface temperature is how hot an object is. Ball pythons need an ambient gradient of 85 on the warm side and 78-80 on the cool end with a hot spot of 88-92!